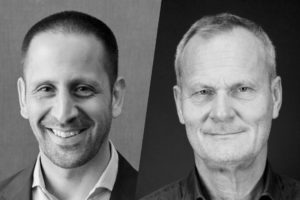 Volta Trucks has announced the appointment of Essa Al-Saleh as new CEO of Volta Trucks AB and Volta Trucks Ltd. Founder Carl-Magnus Norden has been appointed as Executive Chairman of the Board of Directors.

Al-Saleh succeeds Rob Fowler, who stepped down for personal reasons but who remains a company shareholder. Al-Saleh has previously served as President and CEO for Agility Logistics, which during his time with the company grew from being a one country, 300 employee operation to working across more than 100 countries employing more than 18,000.

Of his appointment, Essa Al-Saleh said, “We are at a pivotal moment of a major transformation in the automotive industry. Volta Trucks is at the heart of this transformation, building the first full-electric large commercial vehicles to support the decarbonisation of logistics, improving city centre environments for all. At Agility Logistics, I had what I thought was a once-in-a-lifetime opportunity to scale a company into a truly global organisation. To be able to do it a second time is an exciting privilege, and I look forward to leading the company’s Management Team as we embark on the next stage of the company’s development and growth. I’d like to thank Rob for his pivotal efforts in leading the company over the past 14 months, and launching the Volta Zero, which has positioned Volta Trucks well for the next critical phase.”