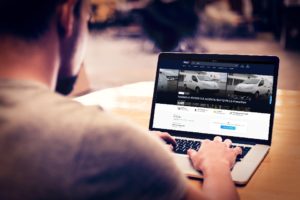 Van values averaged £9,800 at BCA last month, up by £283 compared with May, with performance against guide prices down slightly at 95.8% over the month.

Demand remains volatile with professional buyers continuing to focus on condition and presentation as critical factors, particularly when a vehicle has a good retail specification.

One area of the marketplace that is enjoying sustained demand is conversions and bodybuilds.

Data from BCA Valuations underlines that buyers are paying a premium for Luton bodied conversions with tail lifts and twin rear wheels, which provide the best load/weight carrying capabilities.

According to BCA, there is a good supply of two- to three-year-old examples in the market with single rear wheels, which need to be competitively valued to generate buyer interest.

Stuart Pearson, Chief Operating Officer at BCA, said: “It underlines the somewhat unpredictable nature of the current marketplace that average values should rise in what typically has been one of the quieter months for light commercial vehicle demand.

“The competition for the best presented stock has contributed to the increase in average values this month, however even the best vehicles need to be realistically valued when compared to the premiums that buyers were prepared to pay last year.”