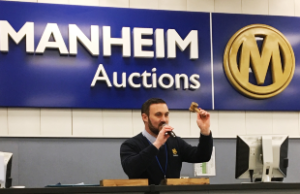 There’s more evidence this week of a resurgence in light commercial vehicle sales in the UK during July.

The news comes just a week after SMMT’s own figures revealed registrations of new LCVs grew by 7.1% in July following four months of double-digit decline.

In addition, 90% of vans passing through the company’s auctions were sold at their first time of asking, seeing stock liquidated four days faster than the same period in 2019.

The company believes it is not just a supply shortage driving these new records in conversion and sale price, as overall auction arrivals have been consistent with June and only tracking 11% behind year-on-year.

It says rental de-fleet volumes fell in line with expectations, while the percentage of Euro 6 vans sold in July increased, representing just under half of all wholesale vans sold. These vans had an average selling price of £11,189 and were 27 months old with 36,665 miles on the clock.

Pre-Euro 6 stock, however, fetched a much lower average selling price of £5,574 for vehicles that averaged 70 months and with 83,255 miles recorded.

Manheim also pointed to the success of its new digital auction approach, saying that just 10% of buyers utilising its digital channels attended ‘physical only’ auctions pre-lockdown.

Matthew Davock, director of CV, Manheim, commented, “Buyer sentiment currently falls into two camps: 60% of dealers we engaged with said they had enjoyed record-breaking sales and profitability with many even increasing retail prices to reflect wholesale value increases. The second camp of buyers reported general frustration, with 40% balancing stocking up at these higher auction values against the risk of weakening retail demand with holiday season combined with the potential of a second COVID spike. The last week of July showed some typical signs of seasonality. We must be confident in our ability to separate seasonality from wider economic market pressures and remain positive.”

James Davis, customer insight director, at Manheim’s parent company Cox Automotive UK, added, “With a paradigm shift to home delivery, it will be interesting to see how we, as consumers, continue. If this is a permanent adjustment, I would suggest new van registrations could recover to a stronger level. In the meantime, the supply pipeline for used vans is squeezed as we come out of a recessionary position. I predict the used market is likely to be buoyant for many years.”