British CV manufacturing grew 6.1% in June, with 7,769 vehicles leaving production lines, according to the latest figures released today by the Society of Motor Manufacturers and Traders (SMMT). Production for the UK rose by a moderate 3.1%, equivalent to some 91 units, alongside a more substantial 8.1% boost in export demand, with 4,713 vehicles shipped to overseas markets in the month. 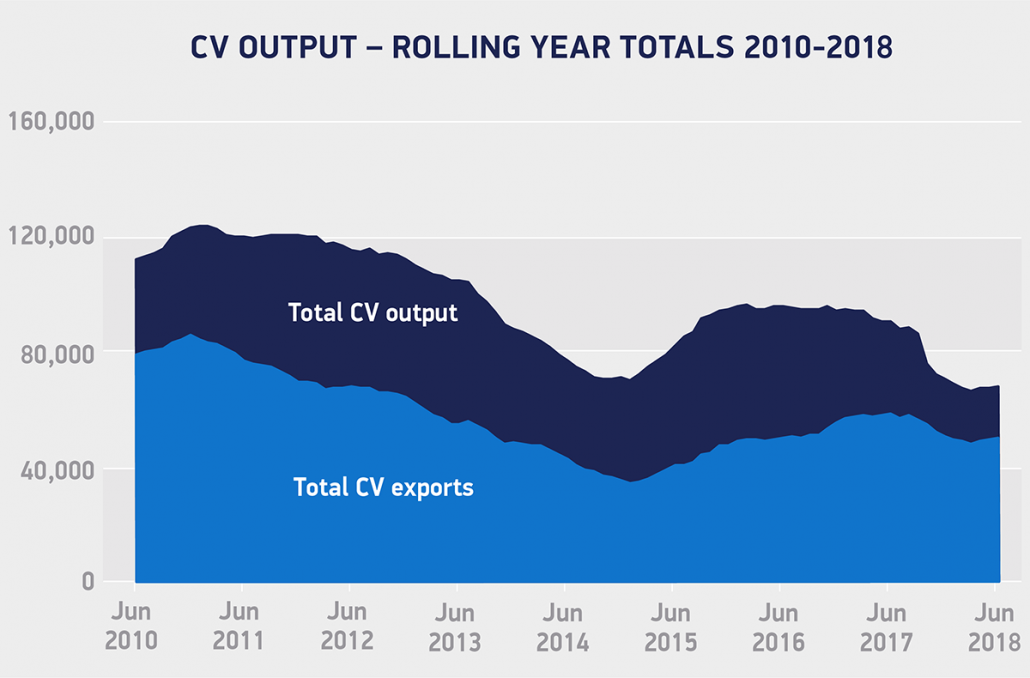 In the first six months, however, output remained -5.3% behind performance for the same period in 2017. The decline was largely driven by slower UK demand, down -14.9%, as fluctuating fleet buying cycles and business uncertainty affected the market. Meanwhile, exports remained stable, up 0.2% in the year to date, to 27,873 units. Almost seven out of every 10 vans, trucks, taxis and buses built in the UK in the first half of 2018 were exported – with some 95% of those going to the EU.

These latest results once again demonstrate the importance of exports to commercial vehicle manufacturing in the UK. Overseas demand for the high-tech, ultra low and, increasingly, zero emission vehicles we produce has been the major driver of production so far this year, and with the vast majority of exports destined for the EU, maintaining free and frictionless trade is vital for the continued success of the sector.