UK Clean Air Zones: an overview of the country’s actions

The UK Government originally requested that, by March 2018, each local authority create an Air Quality Improvement Plan to combat air pollution in regions where it breached legal limits. Following approval, councils would receive funding to help the development of Clean Air Zones (CAZ). Three years later and impacted by Covid-19, the approach to rolling out these zones is far from uniform. So, what are the rules across the country, how have regions responded to the challenge of reducing urban pollution, and how is this impacting the CV sector?

This month, Birmingham became the latest city outside London to begin operation of its CAZ and will start charging non-confirming private cars and commercial vehicles from 14 June. It follows Bath’s lead, which began operation of a CAZ in March, and of York, which opened the country’s only voluntary CAZ (the result of a desire to improve city air quality, as opposed to a government direction to do so) at the beginning of the year.

“This is a bold move that will help to address some significant health inequalities in our city. This is also an important step in encouraging people to re-think how we all move around the city,” explains cabinet member for transport and environment at Birmingham City Council, councillor Waseem Zaffar MBE. “I’m confident that this initiative will save lives, and provide a cleaner, greener, safer space for our communities in a part of our city that has a problem with poor air quality.” 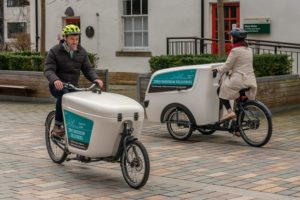 Birmingham’s CAZ operates within the A4540 Middleway and charges will apply to vehicles that do not meet minimum emissions standards of Euro 6 for diesel and Euro 4 for petrol. It will charge non-compliant taxis and vans £8 a day to enter. Coaches, buses and trucks that fall foul of regulations will be charged £50 a day.

York’s bus-based CAZ stems from an identification that the city’s buses caused a disproportionate impact on air quality. With funding from DEFRA and DfT, the city’s council has retrofitted older, diesel buses with electrified powertrain alongside the purchase of new, all-electric vehicles. The council now operates 33 electric buses (21 double deckers) and has met its air quality target for all pollutants.

The city has also increased the number of ultra-low emissions vehicles (ULEVs) within its fleet, invested in EV charging infrastructure and worked to raise public awareness of the harmful impact of pollutants. It has also investigated the emissions created by delivery vehicles and last month announced a ULEV pilot to combat this factor.

“Getting more appropriately-sized and low emission vehicles into the city centre will ensure the most appropriate sustainable solution for moving goods around the city,” explains councillor Andrew Waller, executive member for economic and strategic planning, of the city’s bid to reduce the reliance on HGVs and vans within the York ring road, in favour of options such as e-cargo bikes. “Working with local businesses to understand both current delivery movements, and the impacts of proposed solutions on deliveries is a vital part of this work. We hope the pilot project will attract more low emission industries, business and jobs to York.” 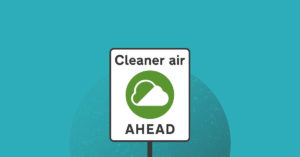 This approach demonstrates the benefits that can be enjoyed by cities deploying what SMMT’s environmental manager for air quality and ultra-low emissions vehicles, Sukky Choongh describes as being a “unified focus.”

“Optimisation of traffic management, infrastructure and incentives are essential to support the introduction of Clean Air Zones,” she continues. “There needs to be the support to help make the shift towards zero emissions. For example, if people just pay the charge, what does that achieve on its own?”

York was one of the original members of the Go Ultra Low Cities scheme, a programme designed to develop eight areas that led the way in reducing emissions. The other members were Oxford, Milton Keynes, Nottingham, Dundee, London, the West of England and the North East. “The success of York and the other members of the scheme demonstrates the importance of expertise and a collective will,” says Choongh.” Strategic leadership from the government with a clear plan and consistency – plus availability of and access to funding – will help transition areas of the UK faster, empower regions and help promote an incentive, not penalty-based mindset.”

However, CAZ implementation may not be appropriate or necessary for all regions. Nottingham declared that it no longer required a CAZ after alternative measures succeeded in improving air quality. The council retrofitted 180 buses with clean exhaust technology and put in place an order declaring that all taxis and private hire vehicles must be low emissions, plus replaced its own municipal vehicles with electric or low emission vehicles. The city states that its electric tram carries more than 17 million passengers every year and that its fleet of low emission bio-fuelled buses is one of the world’s largest. 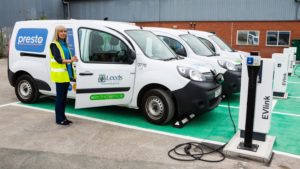 CAZs are still expected to be introduced in Bradford in early 2022, Manchester in spring next year, Newcastle in late 2021 and Portsmouth this November. Leeds and Leicester have opted out of implementation and Sheffield’s is under review following the impact of Covid-19.

“We know that air pollution disproportionately harms the poorest, most deprived areas. Action to improve the air we all breathe in Sheffield is essential and everyone has a role to play. During the coronavirus pandemic we have seen improvements in air quality and we want to sustain them,” explains Bob Johnson, cabinet member for transport and development, of Sheffield’s decision. “However, we are reviewing our plans for the Clean Air Zone in light of coronavirus. If we can hold onto clean air by introducing other measures without resorting to charging people, we believe this is the best way forward. Alternative measures include incentives for upgrading vehicles, better provision for walking and cycling, and cleaner public transport.”

Leeds has committed to reducing emissions via a strategy that encourages local businesses to switch to EVs, replacing the city’s existing fleet with ultra-low emissions vehicles (with more than 330, it claims to already operate more electric vehicles than any other council), building the city’s EV infrastructure and promoting sustainable travel means through incentives such as permanent bike lane provision on key routes, new cycle parking facilities and cycle training. As an example, the city recently announced a ‘try-before-you-buy’ e-cargo bike loan scheme for local businesses, which has been adopted by Leeds University. 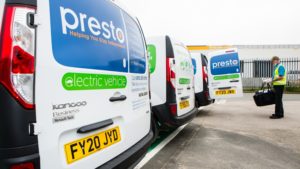 “Leeds has declared a climate emergency, and one of the ways we can help the city achieve net-zero carbon by 2030 is to offer businesses the opportunity to test local low-carbon delivery solutions,” says councillor Helen Hayden, Leeds city council’s executive member for climate change, transport and sustainable development. “This new, free scheme is one of the first in the country.”

However, the topography of some regions means that there is little alternative to CAZ rollout. “For cities such as Bath and Bristol, which lie in a valley where pollutants can collect, for example, something has to be done,” says Choongh.

Bristol’s charging zone is expected by 2023 and will be similar to Bath’s scheme, which focuses on the CV sector. No penalty is issued for non-conforming private cars, but a charge of £100 for coaches and buses, and trucks of over 3.5 tonnes, and £9 for vans, minibuses and private hire vehicles is applicable.

“We want to reduce NO2 pollution in Bath to within legal limits by the end of 2021 at the latest, and a charging clean air zone is the only way we can achieve this,” says councillor Dine Romero, leader of Bath and North East Somerset Council, going on to reference the grants and interest-free loans put in place to help business impacted by the scheme to upgrade to a compliant vehicle. “We know this is difficult time for businesses, but we’ve gone ahead with the zone during the pandemic because this is a pressing public health issue. However, we are working with residents and businesses to help them replace polluting vehicles with cleaner ones and there is significant financial and practical help available.”. 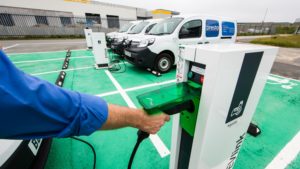 Finally, Oxford, which has an expression of interest in becoming Britain’s first All-Electric Bus Town, is expected to take CAZ rollout a step further by introducing the UK’s first Zero Emission Zone (ZEZ) this summer, which will charge all internal combustion powered vehicles entering the city. A red zone, covering a small area of the city centre will be enforced from 7am to 7pm and will charge £10 for non-compliant vehicles. From a later date, a green zone will be enforced across the wider city centre and will be aligned with London’s ULEZ standards. The city’s ZEZ plans are the latest commitment to reducing harmful pollutants, complementing the city’s five park and ride sites, and advanced electric charge point infrastructure investment, one of the most advanced in the country. While the city’s council has deemed the steps appropriate for Oxford given the rapidly grown EV parc, so far there is no one suitable solution for all. 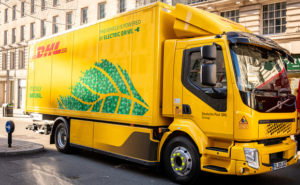 Of the benefits of overcoming regional variance, aligning UK-wide strategies and simplifying schemes with a uniformity, especially in terms of simplifying the process of awarding government funding, Choongh offers a suggestion: “In other policy areas, support is based on a risk assessment – there’s no need to apply for funding, it is awarded based on eligibility criteria. An air quality risk management system for example could ensure optimal fund allocation and provide further clean air benefits in the quest for net-zero.”