New bus and coach registrations fell -32.8% in the first three months of this year, with 1,205 joining British roads, according to figures released today by the Society of Motor Manufacturers and Traders (SMMT). Quarter one marked the ninth consecutive quarterly decline for the sector, as economic and political instability and uncertainty over Clean Air Zone plans continued to affect the market. 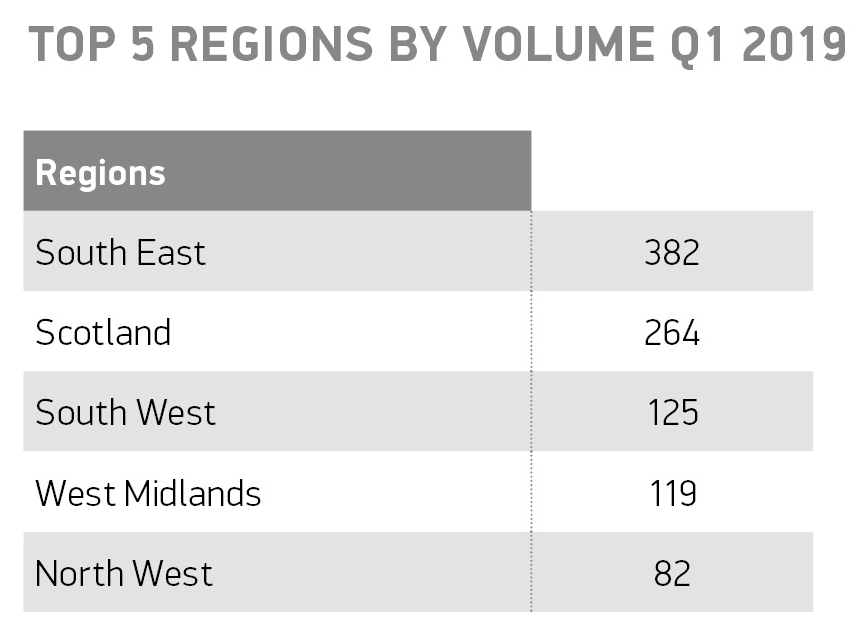 Minibus registrations saw the most significant decline in demand, falling -56.5% to 448 units, while single-decks also suffered a fall, down -8.5% to 422 units. Double-deck registrations, however, recovered, reversing seven quarters of negative growth with registrations up by 11.3%.

Despite the cyclical nature of the market, the ninth month of decline for the UK bus and coach market is alarming. Operators are facing many challenges, with political and economic uncertainty, alongside confusion surrounding the upcoming Clean Air Zones affecting confidence to invest in these big ticket items. We need the right conditions if we are to see more of the latest, high-tech, low-emission buses on our roads, where they have a vital role to play in improving local air quality.

1. From January 2019 SMMT offers an enhanced MVRIS data service to its members. SMMT will continue to publish data on a quarterly basis, enabling us to better reflect the long-term trends in these low volume markets. To ensure the most accurate data is published, 2019 HGV figures compare SMMT MVRIS data with DVLA data for 2018.