The regulators: Review of the latest Traffic Commissioners’ report

Over the years the Traffic Commissioners for Great Britain have carried out vital work as independent regulators for the goods vehicle and public service vehicle industries and their professional drivers.

They have not only helped to improve standards by holding regulatory and driver conduct hearings but also educated and communicated with the industry about the value of compliance and the licensing regime. 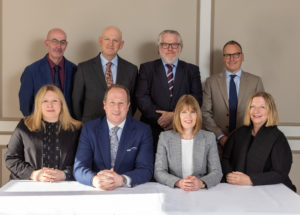 In their annual report 2001/22, published last month, the Traffic Commissioners for England – Sarah Bell, Tim Blackmore, Nick Denton, Gerallt Evans, Kevin Rooney, Richard Turfitt, along with Scottish and Welsh colleagues Claire Gilmore and Victoria Davies – acknowledge that the impact of the pandemic has continued to dominate their work over the past year.

Senior Traffic Commissioner Richard Turfitt said: “It has been a difficult year once more in the goods vehicle and PSV industries, with costs increasing and shortages affecting all operators, so we would like to acknowledge the hard work of our compliant operators in keeping our GB roads as safe as possible.

“Traffic commissioners continue to operate successfully as a team and within the communities, which we have the privilege to serve.”

The number of cases coming before TCs at public inquiry has now returned to pre-pandemic volumes with 1392 public inquiries determined and 309 preliminary hearings held during the year.

There were also 15,748 operator licence applications and variations processed as well as 14,551 local bus registrations.

In addition there were 13,654 vocational driver cases closed.

TC Turfitt added: “We continue to explore how the service can be improved further and to support economic recovery, but progress has been made towards the target for determining applications within 35 working days from receipt.

“This is despite the receipt of a higher-than-average number of applications, during the course of the year.”

In August 2021 the traffic commissioners undertook a survey of new operators, which found that the largest individual factor for making an application was from businesses growing in size and requiring larger goods vehicles.

The report said: “Another interesting finding from the survey was that two thirds of new operators are confident that they will expand their businesses within the next five years and so require authority for more vehicles.

“This demonstrates the current level of confidence in the freight industry.”

However, Traffic Commissioner for Wales Victoria Davies said like the rest of Great Britain, the driver shortage, and vacancies for other skilled support staff, remain a challenge across Wales.

The report cites recent industry estimates which indicate a shortage of PSV drivers in Wales of 20% in March 2022, compared to 13% in September 2021.

“I am particularly concerned about the worsening situation as to the shortage of PSV drivers in Wales, where the position appears to have got markedly worse than in England and Scotland over the past 6 months”, TC Davies said.

“As the lead traffic commissioner on driver issues, I have engaged in initiatives exploring how to address the shortage, including the UK Government’s Review of the Driver Certificate of Professional Competence regime.”

Driver welfare has also been a topic high on the list of TC priorities this year. 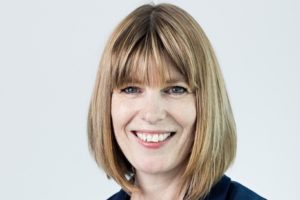 In their report they say that drivers must feel able to report issues with their health and to talk about their problems, recognising that driving can be a solitary job.

The TCs stated: “Goods vehicles are essential for delivering products upon which our economy and society rely, but those vehicles are useless without qualified and healthy drivers.

“As a society, we must not lose sight of the importance of the driver and that driver’s welfare; that includes their mental health.

“That challenge needs to be recognised across an industry, and where it may be harder to challenge societal expectations and gender stereotypes.”

The report estimates that 85% of roadside fines for infringements could be avoided if the driver had performed a walkaround check before beginning a journey.

During the last year TCs have worked to raise awareness of the need for operators and drivers, particularly in the tipper sector, to ensure the safety and security of their loads, encouraging them to read The Health and Safety Executive’s factsheet on sheeting.

The TCs also highlight that operators providing traction-only services to third-party trailers need to be aware of their responsibility in law for the condition of that trailer when in use, and should refer to the brake testing guidance in the current DVSA Guide to Maintaining Roadworthiness.

The report said: “An operator providing traction-only services must have trailer authority on that licence and must specify an inspection period.

“The operator must ensure that any trailer it operates meets the stated frequency for inspection.”

There is no current requirement for maintenance providers be formally qualified, but as vehicle engineering becomes more complex, the TCs say there is an argument for individual contractors to have formal qualifications so that standards can be maintained.

Claire Gilmore, TC for Scotland added that access to properly equipped high quality maintenance services for operators in rural parts of the country, is sometimes difficult.

She said: “We must strive to ensure that proper roller brake testing facilities can be accessed regularly, and without difficulty, wherever operators are located. Such access is imperative for road safety.”

The TCs have also noted a number of transport managers in the last year presenting certificates issued outside of the UK, despite the person having been resident here for a number of years. 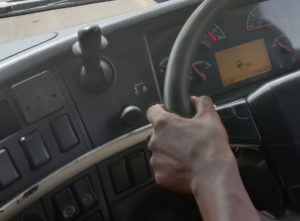 UK legislation states that transport managers must attain their qualification in their country of residence.

In the latest report the TCs say they want to maintain robust standards and will continue to take action against deficient operations and management.

“The traffic commissioners do not accept a certificate of convenience”, they said.

“Transport managers who have gone to another country because they find the exams easier can expect close scrutiny of their applications to see whether they can meet the requirement to effectively and continuously manage transport operations in Great Britain.”

One thing is certain – the TCs will continue to provide high-quality decision making and to encourage robust standards across the road transport industry.