The evolving possibilities of telematics

The technology behind telematics has come a long way since it first emerged in the 1960s, evolved with the advent of GPS-based vehicle tracking systems in the ‘90s and finally became the 360o integrated tool of connectivity for the 21st Century. 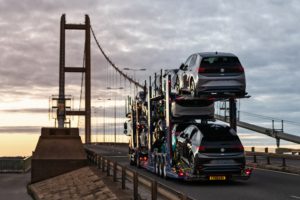 It is the breadth of suitability where telematics has really advanced. From providing the potential to manage existing fleets to providing the data to help transform them, the technology can help optimise efficiency, reduce emissions and, say adopters, make the roads safer.

Telematics traditionally creates data, and it is the way this data is transferred and interpreted to make informed decisions that is the driver behind such varied utilisation of the technology. For example, only last week Carrier Transicold launched a new telematics platform for its customers designed to reduce food loss, lower operational carbon footprints and improve efficiency.

Rather than simply saying where a vehicle has been and when, its Lynx Fleet software provides a proactive solution for all stakeholders by improving the supply chain visibility of products in transit. Service director Emmanuel Langevin explains further, “Helping to make faster, data-driven decisions will allow our customers to deliver a healthier, safer and more sustainable cold chain.” 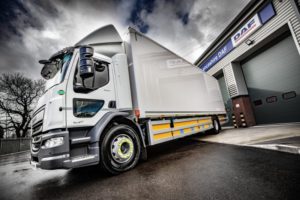 More traditional, varied fleets are also adopting the latest, IA-driven telematics offerings. In March, the University of Warwick announced that it would be using Teletrac Navman solutions to track its fleet of 500 drivers and 130 vehicles, which spans vans, tippers and agriculture across its 1.5-mile long main campus. The goal, says the institution, is to gain increased visibility in order to streamline operations for the benefit of vehicle utilisation, driver safety, and compliance and fuel management. The University receives custom reports that monitors vital metrics and operates a Driver ID system, which through a PIN-based login reduces the risk of vehicle misuse.

“For the first time we have a sophisticated system to provide us with the visibility and data to inform our decision making and future fleet strategy,” explains University senior transport services manager, Graham Hine. “It will also help to maximise vehicle utilisation and productivity, reduce fleet costs, and support our sustainability strategy alongside our climate emergency programme, by providing and analysing real-time carbon emissions data for our transport operations.” 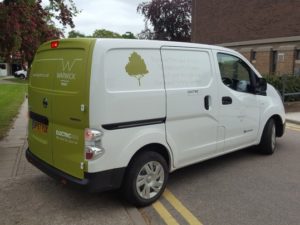 While immediate efficiency benefits can be found through adoption of intelligent telematics solutions, Teletrac Navman states that the technology can also help the transition to electrified powertrain, as we explored in last year’s look at its EV Readiness tool. It has since worked closely with several councils – including the Royal Borough of Kensington and Chelsea – to reduce fleet emissions in the face of immense pressure to accelerate their transition to carbon neutrality.

The extent of telematics’ advancement is further evidenced by video-based solutions such as those offered by Webfleet Solutions, which this year announced the integration of Lytx camera technology with its fleet management system. The company states that, according to its research, 42% of commercial fleets are involved in between one and five road collisions every year and that 51% of fleet managers think that they have too much vehicle downtime. 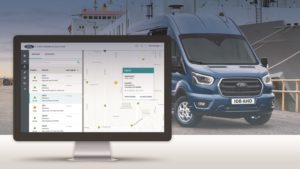 The companies say that data on driver idling behaviour or harsh braking provides actionable insights, but that the addition of AI powered camera technology gives fleet managers an understanding as to why these scenarios are occurring – plus providing drivers with protection against the risk of non-fault insurance claims. Only with the full picture can a focus be intensified on areas that will enhance efficiency.

As has been proved by use of telematics by Kent and Essex police, benefits can positively impact fleets of all types. The force fitted its first 500 units, which enable officers to ‘login’ to a vehicle electronically as opposed to through paper-based records, in 2015 and estimates that it has enjoyed almost £1 million in savings as a direct result of expanding the technology’s fitment to over 1,500 vehicles. A further benefit for the fleet, is an improved vehicle availability rate of 97%.

Telematics data continues to be a crucial aspect of fleets’ quests for efficiency, and the principle can also be used as a carrot-and-stick incentive for drivers to enhance their own driving styles. For example, an in-cab technology from Lightfoot encourages drivers to be more conscientious and rewards those with the most efficient driving style through a series of prizes and draws.

Before rolling out Lightfoot’s in-vehicle driver efficiency technology across its fleet of 197 vans, during a trial of its system, Lucion Services reported a 10% reduction in fuel consumption, 5.6% drop in emissions and 29% fall in vehicle idle time. The company claims that this is the equivalent of carbon capturing 1,000 acres of forest a year. As TNB already reported, Genus also claimed a 10.4% improvement in fuel economy across its fleet of 380 and 200 company cars.

“The environmental impact that can be achieved through changing our habits is huge,” concludes Lucion chief technical officer, Ross Boulton. “Technology is enabling us, but it is dependent on the long-term commitment of companies and individuals. The need to be proactive in adapting the way we drive is now more important than ever.”