In recent years the UK’s network of motorway service areas (MSAs) has transformed, with the arrival of big-name brands and high street eateries delivering greater choice and elevating the customer experience.

But while improvements across much of the network have been plain to see for ordinary motorists, can the same be said for the army of HGV drivers, who count on MSAs for essential facilities when on the road?

According to the results of the annual Motorway Services User Survey carried out by the watchdog Transport Focus, the simple answer is ‘yes’.

In its annual poll of users of the 112 MSAs in England Transport Focus this year – where almost 10,000 users were interviewed – there was a significant increase in the overall satisfaction of HGV drivers: up six per cent year-on-year to 89%.

The survey of the HGV facilities revealed the following:

Lee Rowbotham, Senior Stakeholder Manager at Transport Focus, said, “When we look across all users, we’ve seen an improvement in satisfaction across the board and the same is true for HGV drivers. However, it’s also true to say that HGV drivers are the least content of all the people that used service areas in the last year and so there’s still lots of room for improvement.”

He added, “We’ve been doing this research for quite a few years and the motorway service operators are listening and taking the feedback from customers on board.

“HGV drivers are big users of these facilities and as a result of what they’ve told us in these surveys, we’ve seen motorway service operators making improvements year on year. 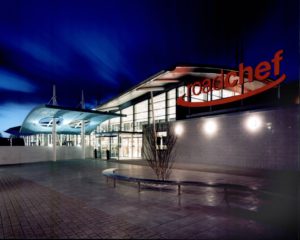 “People are very clear about what they want out of a service area and in general they do tend to deliver as a place to stop for the loo or to grab a coffee or something to eat. But if you’re an HGV driver, you’re going to use those facilities more than most. You might visit one or two per day and your needs are different.

“Not everybody’s going to use a shower in an MSA. But if that’s your only option to stop, have a break, get clean and ready for bed, then the shower facilities and toilet facilities do need to be open, well maintained, well repaired and more importantly, they need to be clean.”

But as the survey showed, value for money is a big area where HGV drivers are less than satisfied.

Rowbotham explained, “When it comes to value for money it’s about so much more than just the cost. It’s everything from the parking facilities outside, to the security, which is obviously incredibly important, to showers and toilets, general facilities and range of food.

“HGV drivers keep telling us that they want more options, like home-cooked meals and not just fast food. They also want better rest areas where they can relax.

“Also, we tend to find that those service areas that have a lake to sit by or a walking route tend to get better feedback. All of this together feeds into what drivers perceive as value for money.

“Overall, MSA operators are really switching on to the fact they really need to make improvements and are making investments in areas that make a real difference.”

Moto, the UK’s largest MSA operator with 58 services areas nationwide and 45 in England covered by the survey, said, “HGV and commercial drivers are an integral part of Moto’s business as well as providing a vital lifeline for the country. Every year 600,000 HGV drivers park overnight at our service areas.

“In recent years we have supported HGV drivers by increasing the number of shower facilities at our sites and introducing overnight security patrols. At five sites, we have installed electric hook-ups at so that drivers can run refrigerated trailers without needing on-board generators. We have also brought popular high street food brands to all our sites to improve choice.”

Moto added that it has also taken steps to improve value for money for HGV drivers by recently introducing an enhanced voucher scheme for those parking overnight. Under the scheme, drivers are given two £5 vouchers to spend at on-site catering outlets rather than the £10 voicher previously offered. This, Moto says, will give drivers greater flexibility over their spend.

The company also pointed out the role its facilities had played in keeping Britain moving during the coronavirus pandemic, with its scheme to provide free hot meals and drinks for the HGV community as a ‘thank you’, having provided 30,000 meals and more than 20,000 hot drinks before coming to a close last week.

Meanwhile a spokesman for Roadchef, which has 23 sites across England and 30 UK-wide, said it supports the work of the HGV community,  and had kept all of its sites open throughout lockdown, providing toilet and shower facilities as well as retail units selling essentials.

The company added, “We also reduced the HGV overnight parking rate to £15 per 24-hour period, while free parking was doubled from two to four hours. Additionally, we provided microwaves to heat our increased range of ready meals and ‘food to go’ snack ranges, available from our retail outlets, as well as customers’ own food.”

The Road Haulage Association, the trade association representing the industry, had been concerned about reports MSA operators were closing off shower and toilet facilities  at the pandemic and pressed government to make it clear this was unnecessary. It was also pleased that where food outlets were forced to close initially, that MSA operators generally made microwaves available for drivers to heat their own food.

Responding to the findings of the survey, Tom Cotton, Head of Licensing and Infrastructure Policy at the RHA said, “We’d like to see more lorry parking available at motorway service areas as there’s a shortage of around 11,000 spaces across the country. Often drivers arrive at a services to take their mandatory rest break to find the parking is full.”

He added, “Drivers need safe, secure and quiet areas to sleep at night with power supplies for refrigerated units. But where new sites are being planned they are often constrained by decisions being made at a local level.

“We’d also like to see more healthier eating choices at MSAs. Driving trucks is a sedentary occupation and it’s fair to say many lorry drivers suffer with health problems that are not helped by the generally unhealthy hot food choices available at fast food outlets.”