Funding for C+E apprenticeships will increase to £7,000 from 1 July after the Trailblazer Group for Transport and Logistics, which helps develop apprenticeship standards, rejected the initial standard of £6,000. Secretary of State for Education, Gavin Williamson, has now confirmed the funding increase set by the Institute for Apprenticeships and Technical Education (IFATE). 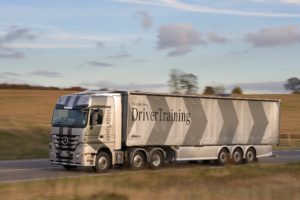 The RHA has described the increase as being a step towards resolving the HGV driver shortage, but stated that manufacturers and retailers must understand that the cost of distribution will go up as pay rates will have to increase.

Richard Burnett, RHA chief executive, said, “We’ve worked tirelessly over the last year to unblock this problem and we’re pleased that the government has listened. But this is only one element to help tackle the growing driver shortage crisis. This move will support firms to recruit and train new drivers in the long term, but the industry needs immediate help as the demand for goods increases as lockdown restrictions are lifted.”