Plug-in Grant changes for vans: what the industry thinks 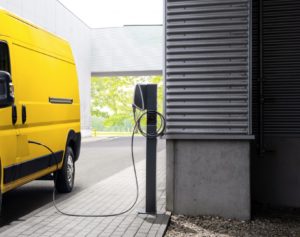 The Department for Transport confirmed funding for small vans up to 2.5 tonnes in gross vehicle weight (GVW) has now fallen to a maximum of £2,500, from the £3,000 level introduced last spring.

Each business, organisation or individual may receive up to 1,000 Plug-in Van Grants each financial year and there are no changes to grant rates for larger commercial vehicles over 3.5 tonnes.

The government said the changes will enable a more sustainable grant scheme and ensure taxpayers’ money is distributed more fairly across businesses seeking to transition their vehicles to zero emission.

Transport Minister Trudy Harrison said: “The government is seeking to focus the grants, which are funded by the taxpayer, on the areas where they will have the most impact and where the market still needs government support.”

However, both businesses and trade bodies have criticised the decision to cut the grants at the very time they are making a crucial environmental and economic difference.

Mike Hawes, SMMT’s Chief Executive, said slashing the grants for electric vehicles once again is a blow to customers looking to make the switch and could not come at a worse time, with inflation at a ten-year high and pandemic-related economic uncertainty looming large.

“Industry and government ambition for decarbonised road transport is high, and manufacturers are delivering ever more products with ever better performance”, he explained.

“But we need to move the market even faster – from one in a hundred cars on the road being electric, to potentially one in three in just eight years – which means we should be doubling down on incentives.

“Other global markets are already doing so whereas we are cutting, expecting the industry to subsidise the transition, and putting up prices for customers. UK drivers risk being left behind on the transition to zero-emission motoring.” 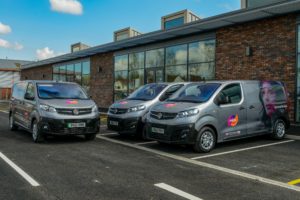 SMMT figures show that battery electric van uptake soared by 142.3% in 2021, although this equates to a relatively modest 12,759 zero emission vans and a total market share of 3.6%. With petrol and diesel vans facing the same end of sale date as passenger cars, this shows just how far the LCV BEV market needs to grow even to replicate the shift taking place in the passenger car market where BEVs account for one in nine registrations as opposed to one in 28 in the van market.

Vauxhall believes the grant changes provide a confusing message to UK consumers and will harm EV adoption when the country needs to do everything possible to move to fully electric vehicles by 2030.

In the view of the company, further work is needed on other fiscal incentives, such as considering a reduction in VAT for electric vehicles, and also aiming support at those that financially need it to make the move to EVs.

Paul Willcox, Managing Director of Vauxhall, said: “Whilst we understand the government’s desire to phase out the plug-in vehicle grant at some point, we really need to see a more strategic, longer-term approach.

“A lack of clarity and certainty for customers can only harm EV adoption and leave the UK lagging behind other countries in the race to decarbonise personal transport.

“Whilst electric vehicle adoption is growing rapidly at the moment, EVs still represent a small percentage of the overall UK vehicle parc.”

Online leasing business Vanarama believes the grant cuts could stifle the huge demand for electric vans it is expecting in the next 12 months.

Andy Alderson, Vanarama founder and CEO, said the move by the government will damage consumer confidence and hit the automotive industry hard just as it is showing signs of recovery from the pandemic.

He said: “The government announcement came as a complete shock to the industry and has the potential to do enormous damage both economically and environmentally.

“We all knew grants couldn’t continue forever but to slash them so savagely and with immediate effect just as the industry prepares to hit the EV tipping point in 2022 doesn’t seem sensible at all.

“We had no warning and no time to prepare. This move is ill-timed at best” 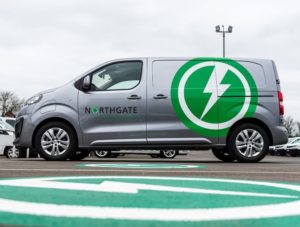 According to van hire specialist Northgate, the Plug-in Van Grant funding should have been retained at its current level on the basis that electric vehicle adoption for van operators remains behind car fleets.

The company describes the grant reduction for 2.5 tonne GVW vans or less and vans between 2-3.5 tonnes GVW of 35% of their purchase price to a maximum of £3,000 and £5,000 respectively as a possible “deal breaker”.

It also says barriers for companies that are looking at moving some or all of their fleet to electric could keep the van sector behind the EV adoption curve for longer.

“There is a growing interest from companies in reducing their fleet emissions and working towards Net Zero, particularly on vans which work primarily in an urban environment.

“With this momentum building it’s disappointing the grants have been reduced.”

For the move towards electric vans to increase further, more incentives and support are vital, and the message coming from the industry is that now is not the time to reduce or remove them.