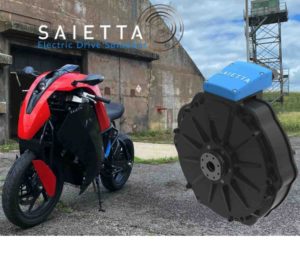 Tech company Saietta has announced plans to expand production facilities at its base in Oxfordshire, creating up to 250 jobs.

The new facility will produce the company’s Axial Flux Traction (AFT) motors which can be used to power vehicles ranging from from electric scooters to electric buses.

Funding for the plant, which is intended to be fully sustainable and powered by solar energy, will be raised in a new round of investment.

Once up-and-running, Saietta plans to roll-out its tech to the mass electric vehicle market in the UK, working alongside major OEMs, and to sell its technology under licence in Asia and the rest of the world.

Wicher Kist, Chief Executive Officer, Saietta Group, said, “To have seen market demand increase so significantly means that a new round of funding will allow us to capitalise on the wave of vehicles that will be entering development soon.”

Commenting on his appointment, Clair said, “My decision to accept the role at Saietta Group is a commitment to the company’s potential, which I think will be transformative to the entire mobility industry.”