Overcoming the low-emissions hurdles facing the campervan and motorhome sector 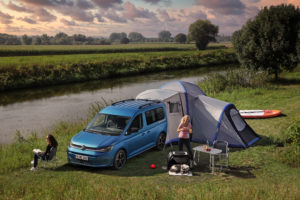 While reducing fleet emissions is a current focus of the commercial vehicle industry, it poses a number of alternative challenges for the campervan and motorhome sector. In fact, according to the Caravan and Motorhome Club (CAMC), the issues facing the sector illustrate the bigger picture concerning broader future electric vehicle (EV) CV adoption.

“There is a high level of commonality between passenger cars and Volkswagen T5/6 sized campervans, so there is very little worry that ‘true campervans’ can adapt – although electrification is more of a challenge as this type of vehicle is regularly used off-grid where the charging infrastructure is less commonplace,” explains Martin Spencer, CAMC technical manager. “However, for motorhomes based on 3.5-tonne chassis, the challenge is the other way around. They’re usually used on larger campsites with a greater infrastructure, but the electric powertrains of these vehicles work well only in their intended environment: urban. On the M1, driving on holiday, it is a completely different ball game.

“Charging infrastructure needs to be suitable for everyone and available everywhere they need to go – rurally, it hasn’t been prioritised in the same way as urban areas,” he continued.

Manufacturers have already put forward several alternative-fuelled solutions. The Fiat Ducato, which underpins 70% of all coachbuilt motorhomes, can now be specified as fully electric with a range of up to 192 miles depending on selected battery options. Volkswagen Commercial Vehicles has also launched electric versions of its Transporter range, such as the ABT eTransporter 6.1 with an 82-mile range, a base that is famously popular with campervan converters.

However, the question of ultimate suitability remains. Mercedes-Benz considered hydrogen to be the solution as recently as 2018, when it 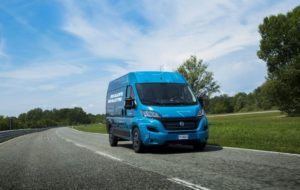 unveiled the hydrogen fuel cell-powered Concept Sprinter F-Cell at the Caravan Salon in Dusseldorf. Billed as “the camper van of the future”, the van offered a 330-mile emissions-free range thanks to up to four 4.5kg high-pressure hydrogen tanks moun

ted in the mid-part of the chassis. Fill-ups would take between 3 and 5 minutes and the onboard battery could provide up to 19 miles’ bonus motive power. Although a production Sprinter has not yet launched, the F-Cell technology has been showcased in a Mercedes-Benz GLC and has been teased for a future Mercedes-Benz Citaro city bus.

Spencer suggests synthetic diesel as another possible solution, whereby existing distribution and refilling infrastructure can be utilised alongside existing vehicle technology. With a service life of 30-40 years expected for motorhomes, a large legacy parc of diesel vehicles will remain beyond 2030 that retain high residual values. Synthetic diesel could help reduce the carbon impact of these vehicles.

For now, though, urban access restrictions pose further challenges. As he explains, “CAMC operates sites on the outskirts of London – including the first site we opened in 1948 in Crystal Palace – and cities that are popular with tourists, such as Bristol. Stringent restrictions regarding access of older vehicles into low emission zones are challenging the sites’ viability.

“A lot of motorhomes are kept at home and used widely,” he continued. “Extension of these zones to residential areas could have a considerable impact on campervan and motorhome owners who use the vehicles regularly. The subject of EV adoption is no longer limited to vehicle-based topics – we cannot ignore the wider infrastructure challenges as these vehicles need to work as effectively out of the city.”

A glimpse into the longer-term future could provide further solutions to such concerns. CAMC is currently commissioning its first EV chargers at the Cayton Village site, near Scarborough. In the short-term, the site can offer around 20 22kW chargers, spread across pitches and a communal carpark area.

“Positioning of around half of the chargers in the car park area before the formal entrance to the park is partly for EV adopters using our alternative accommodation – ‘glamping’ – but also because we are keen to investigate the potential of making the infrastructure publicly available – helping bring the technology to the rural community,” continues Spencer. 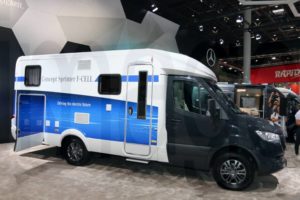 Looking yet further ahead, an approach such as this could provide significant steps towards overcoming broader challenges. “In many rural locations, sites are limited by the ability to bring in sufficient power from the local grid and unit pricing models,” concludes Spencer. “The answer could be to look at energy storage on-site – trickle charging power storage during the day and drawing on this in peak times. This could also benefit surrounding villages and change the way that the Club, and EVs, integrate into rural communities.”