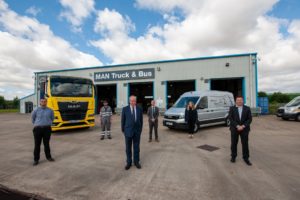 The past few months has seen a flurry of activity in the commercial vehicle dealership sector, with a series of takeovers, new dealer points built and new dealer groups created.

David Littlejohn, Head of Branches UK, MAN Truck & Bus UK, said: “This acquisition is of major importance to our business as it both strengthens our network footprint and further ensures our presence in several key strategic locations.”

Motus was operating under a previous name when it acquired Orwell Truck & Van in 2013 and S&B Commercials the following year, and the latest announcement is the culmination of a seven-year integration process.

Orwell served customers from two facilities in Ipswich, and others in Colchester, Newmarket and Norwich, while S&B did so from its branches in Hatfield, Stansted, Thurrock and Welham Green.

The new combined dealer group has more than 400 staff and this year it will also open a £4m truck and van aftersales centre on a three-acre site alongside the A12, in Witham, Essex later this year.

Lee Seward, Managing Director, said: “We have committed a great deal of time and effort to rebuilding the foundations of these two very different businesses over the last couple of years.

“Having introduced new systems and processes, capitalised on synergies, and developed strategies, we are now on a much stronger footing and working as one, completely unified team.” 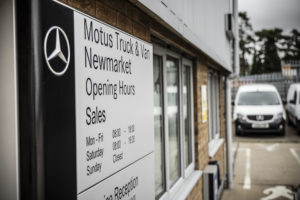 In May, DAF dealer group Adams Morey bought Kingdon Wessex DAF and their service centres at Saltash in Cornwall, Heathfield near Newton Abbot in Devon, Taunton in Somerset and Camborne in Cornwall.

The Adams Morey portfolio includes headquarters in Southampton and a further six locations, giving the group complete coverage of the South West, from Hampshire to Cornwall.

Adams Morey is part of the Greenhous Group, which has five DAF locations in the West Midlands, and the deal will make the combined business one of the largest DAF dealership groups in Europe.

Jamie Harding, the new South West dealer principal at Greenhous Adams Morey, said: “We have significant plans to grow the business; the South West is a fantastic area and these four locations give us a superb platform to meet all customers and operators in the area.

“The consistent delivery of valued customer service will be key to achieving our goals, with incremental improvements in our service and parts offering as part of this”.

The facility includes sales and administration offices, a service workshop and parts depot and is equipped to maintain vehicles powered by Iveco’s range of natural gas products.

James Selway, Acorn Trucks’ managing director, said. “With the added space, we will be able to maximise efficiency and offer operators a premium experience without interruption, enabling them to keep their vehicles on road and working where minimal downtime is key to profitability”.

In the past few months Renault Truck Commercials has acquired Faversham, Kent-based KTS Trucks and KTS Rentals, and appointed UK Truckcentre as its new service point in Hoddesdon, Hertfordshire.

North of the border, the manufacturer has opened a new service point near Glasgow in partnership with its wholly owned dealer, Renault Trucks Scotland and haulage operator A&D Logistics

The 11.5 acre site is located to the West of Glasgow at Linwood, Paisley, carries out new and used trucks sales, core workshop services and genuine parts supply. 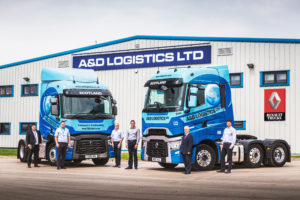 Pete Murray, Dealer Principal of Renault Trucks Scotland added: “The appointment of A&D Logistics provides vital strategic support for our customers in the West of Scotland.”

Following the opening of its first Isuzu Truck dealer point in Northampton in the autumn of 2020, RH Commercial Vehicles (RHCV) has set up a new facility for the manufacturer at the Tuxford Business Park in Newark.

The 3-acre site close to the A1, A17 and A46, will provide sales, service and parts for the area covering north-east Nottinghamshire and Lincolnshire, together with parts of Cambridgeshire.

Nigel Baxter, managing director, RHCV said: “Positioned just to the north of Newark, our Nottinghamshire branch is ideally suited to not only cover the nominated catchment area, but it will also act as an excellent service point for vehicles travelling north to south, or vice versa, down the A1.”

Scania is also investing £10m in a new 4,000 square metre, purpose-built flagship site and regional headquarters for Scotland, due for completion in the fourth quarter of 2021.

Occupying a 7.8 acre plot at Eurocentral, situated between Glasgow and Edinburgh, it will be located adjacent to the M8 near its junction with the M73/M74.

The completely new build will replace the existing operation located only 4 miles away in Bellshill and represents a dramatic increase in capacity.

Meanwhile, Volvo dealer Truck and Bus Wales and West is investing £8m in a new 7.14 acre facility on the Avonmouth Industrial Estate, set to open this autumn, replacing its two current premises which are on opposite sides of the road.

It will feature an 18-bay workshop and undertake new and used vehicle sales.