Land Rover’s legendary Defender Hard Top name will be making its return with the new commercial Defender 90 and 110 models. 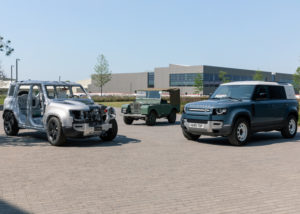 The Defender Hard Top will be launched later this year using a  name that dates back to 1950, when the introduction of demountable hard tops gave early-series Land Rovers added security and protection from the elements against their soft-top counterparts.

The new Defender 90 and 110 models were unveiled last September, and the new Hard Top models will be the next additions to the series.

With a payload and towing capacity of up 3,500kg the New Defender features a flexible cabin that has no second or third-row seats, but the optional front-row jump seat means it will still accommodate up to three people.