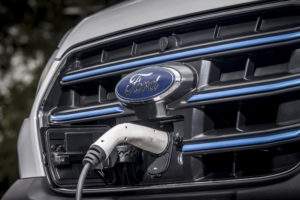 Earlier this month, government gave the green light to a two-year extension of plug-in van and truck grants that it says will support the purchase of tens of thousands of electric vans and trucks.

At the same time, it announced plans to recategorise the eligibility criteria for existing plug-in vehicle grants and continue to allow drivers holding standard car driving licences to drive electric vans up to 4.25 tonnes.

Transport Minister Trudy Harrison says with nearly 5% of the UK’s CO2 emissions currently coming from vans, the extension until 2024/25 is essential to support the government’s climate change and air quality commitments.

She said: “We are backing a generation of green growth for our thriving fleet sector. As demand for electric vehicles continues to grow at speed, this extension to our grant scheme will allow tens of thousands more vans to be purchased, transporting goods in a way which is kinder to our environment.

“This will support our vital, ongoing work to clean up our air in towns and cities right across the country.”

Electric vans are becoming more popular, with the number of available models continuing to rise, and the government announcement has received widespread support from within the commercial vehicle industry.

Last year, the UK had the highest number of plug-in electric vans sold in Europe and there were about four times as many grant applications compared to 2020.

SMMT figures show that battery electric van uptake soared by 142.3% in 2021, although this equates to a relatively modest 12,759 zero emission vans and a total market share of 3.6%. 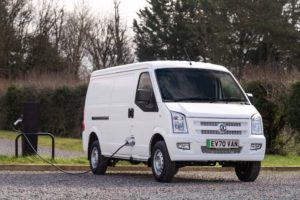 With petrol and diesel vans facing the same end of sale date as passenger cars in 2030, this shows just how far the light commercial vehicle BEV market needs to grow to repeat the shift taking place in the passenger car market, where BEVs account for one in nine registrations, compared to one in 28 in the van market.

Mike Hawes, SMMT Chief Executive, said: “Extending the plug-in van grant is welcome as it will encourage more operators to make the switch to electric vehicles over the next three years.

“While the van market saw record electric uptake last year, it remains some distance behind cars, with battery electric vans making up just 3.6% of new registrations.

“The speed of uptake must be increased, therefore, which requires attractive incentives and significant investment in EV charge points especially those that meet the specific needs of commercial vehicles in every region of the UK.”

Existing plug-in grants have supported the purchase of more than 26,000 electric vans and heavy goods vehicles across the UK since the programme launched in 2012.

More than 30 models of electric vans and trucks now qualify for such schemes.

Toby Poston, Director of Corporate Affairs at BVRLA, which represents companies engaged in vehicle rental, leasing and fleet management, said the extension on the grant will enable van operators to plan their fleet upgrades with greater confidence.

“This good news comes at the perfect time for the fleet industry as it struggles with rising operating costs and global shortage of electric vans,” he said. “The electric van market continues to lag behind the electric car market and next year was not the time to remove this vital grant.

“As the funds available to support the transition to zero emission diminish, we support the Government’s pragmatic steps to focus on sectors that need the most help in the build up to the 2030 phase-out.”

Ginny Buckley, Founder and CEO of electrifying.com, said that at a time when fuel prices are at an all-time high, it is great to see the Government providing the support to businesses to make the switch to electric.

She said: “Not only will this be more economical in the long term, it will also help to drive down emissions on our roads.

“From the food in our supermarkets to the online orders delivered straight to our doorsteps, it is vital that these journeys are made in a green and environmentally-friendly way.”

Eligibility criteria for existing plug-in vehicle grants will be recategorised from Spring, with a focus on heavier vehicles.

The government believes the move will direct support where it is most needed, qualifying heavier and more costly trucks up to 12 tonnes for higher grant funding.

Denise Beedell, Public Policy Manager at Logistics UK, said: “Although the amount of individual grants payable per van over 3.5 tonnes has reduced, this reclassification within the grant thresholds means that operators purchasing alternatively fuelled vans up to 4.25 tonnes will now be eligible for up to one thousand plug-in van grants per year, instead of only 25 plug-in truck grants.”

The government also announced it will continue to allow drivers holding standard car driving licences to drive electric vans at a higher weight limit, up to 4.25 tonnes – compared to a 3.5 tonne limit for diesel vans. 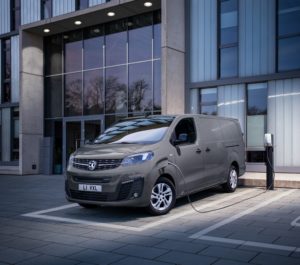 This change, first announced four years ago, takes into account the additional weight of an electric vehicle battery.

The move is also seen as a vital measure to support the decarbonisation of van fleets and is designed to give commercial vehicle operators confidence in investing in zero emission technology.

Hawes said: “The confirmation of the continuation of the current licensing regulations will make it easier to recruit drivers for the heaviest electric vans.”

Measures such as the extension of the plug-in grant scheme and grant criteria that safely enables more drivers to use electric vans that encourage operators to make the switch over the coming years should be welcomed.