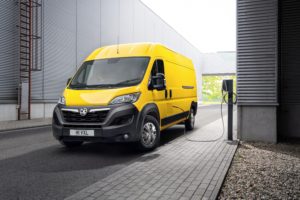 Last week the government announced its new Electric Vehicle Infrastructure Strategy to build a network of 300,000 chargers in the UK by 2030 – a tenfold growth in the country’s public charging infrastructure.

The government has announced it will spend £1.6 billion as part of the plan.

Mike Hawes, SMMT Chief Executive, welcomed the announcement, but advised that charging infrastructure must keep pace with the rapid growth of sales of electric vehicles, and that, commensurate with the automotive industry, other stakeholders in the transition should also have clear, binding targets to ensure success.

He said: “The EV infrastructure strategy points in the right direction, addressing problems with the current customer charging experience and setting out a nationally co-ordinated, locally delivered plan which aims to ‘build ahead of need.

“The UK already has an enviable and ever-growing rapid charging network, so focus must be given to expanding public on-street and destination charging provision.

“Every stakeholder will have to play their part in this transition but, if industry and consumers are to have the certainty they need to invest, commensurate and binding targets must be set for infrastructure provision.

“Deployed nationally and at pace, this expansion would give drivers confidence they will be able to charge as easily as they would refuel, wherever they are.” 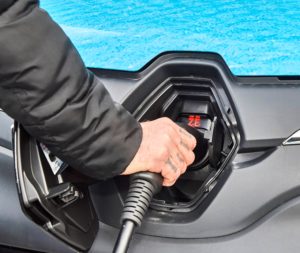 The BVRLA, the trade body that represents the vehicle rental, leasing and mobility services sector, believes the strategy will deliver a better, more reliable experience for businesses. However, it would like to see a similarly comprehensive approach to address the infrastructure needs of fleets, particularly those that operate commercial vehicles.

Gerry Keaney, BVRLA Chief Executive, said: “As a sector that buys and operates more than 50% of EVs in the UK, we would like to see these priorities acknowledged, with more consideration given to appropriate support and interventions.

“We have particular concerns around charge point accessibility for commercial vehicles and believe that the Government needs to start planning for HGV-compatible infrastructure as soon as possible.”

Vauxhall has committed to only selling fully electric new vans from 2028 and, from 2024, will offer plug-in hybrid or battery electric versions of every van model in its range.

Paul Willcox, Managing Director at Vauxhall, said the manufacturer supports the government’s new strategy but it could have gone further by mandating binding targets on the rollout of charging infrastructure.

He said: “It is essential that infrastructure keeps pace with market demand, or in fact leads demand, to remove any customer fears of ‘charging anxiety’ and accelerates the electrification of Britain’s roads as quickly as possible.”

The government also wants the private sector to play a key role in assisting with the switch to electric and, last week, BP Pulse revealed its plans to spend £1 billion to develop charging infrastructure in the UK.

The company intends to make the investment over the next 10 years, which will see it triple the number of public charging points in its UK network.

Its 300kW and 150kW ultra-fast charging points will be able to provide EV drivers up to 100 miles of range with around 10 minutes of charging, depending on the model of electric vehicle.

Osprey Charging will also roll out 150 rapid electric vehicle charging hubs across UK over the next four years. 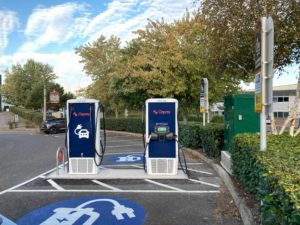 Ian Johnston, CEO of Osprey Charging, said the government’s plan is an important step towards ensuring the UK has the right number of charging points nationwide.

“These charging stations simply must be reliable, easy to navigate and importantly, accessible for all,” he said. “There are already many billions of pounds of private investment committed for the deployment of charging infrastructure across the UK.

“The announcements will allow this funding to provide critical infrastructure to the areas that are as yet underserved – notably motorway service areas and local authority towns and cities across the nation.”

As part of the strategy, new legal requirements on operators will enable more drivers of EVs to pay contactless, compare charging prices and find nearby chargepoints via apps.

Phil Shadbolt, CEO at Bicester-based charging company EZ-Charge, said the £1.6 billion funding announcement is very welcome, but he is most pleased about the introduction of the new legislation.

“For too long many charge point operators have tried to force customers to use only their networks by making them pay a membership fee or download an app to charge,” he said. “This is not only really inconvenient for electric car drivers, it’s really off-putting to those thinking about making the switch.

“Making the UK’s charging infrastructure work for everybody will be a big step forward.”

There is widespread agreement from the industry that the strategy is a step in the right direction – and hope that more advances will also be forthcoming, that will give greater confidence to business users that need to make the switch to electric vans or trucks over the next decade.