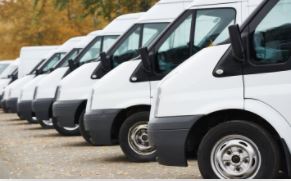 The Government this week announced plans to bring forward the sale of new petrol and diesel vehicles to 2030.

The two-stage plan will first see new sales of ICE vehicles ended within a decade, while sales of new hybrid vehicles are to be extended until 2035.

Beyond this, a consultation on the phase-out of new diesel HGVs is now set to be launched.

The government says the plans will put the UK on course to be the fastest G7 country to decarbonise cars and vans. It also says the move will create jobs.

Underpinning this strategy is investment to support the uptake of zero-emission vehicles and to improve infrastructure.

This will include £582 million in grants for those buying zero or ultra-low emission vehicles to make them cheaper to buy and incentivise more people to make the transition.

Elsewhere, investment will include £1.3 billion to accelerate the roll-out of chargepoints and charging infrastructure alongside £500 million of funding over the next four years through the Automotive Transformation Fund to put the UK at the forefront of the design and manufacturing of the next generation of zero emission vehicles.

Together, the government estimates 40,000 extra jobs could be created by 2030 and support around 169,000 jobs nationally.

On buses, government will invest £120 million this year to begin the introduction of at least 4,000 more British-built zero emission buses ahead of the publication of the long-awaited National Bus Strategy, expected early next year.