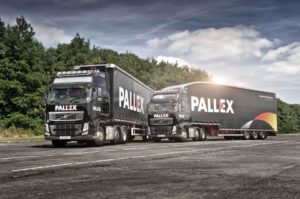 Pallet networks are co-operative organisations made up of groups of hauliers across the UK working together to provide next-day freight delivery services.

With hauliers dropping loaded pallets off at huge centrally located hubs and collecting more palletised goods to take back their own areas, networks are cost-effective and environmentally efficient, enabling customers to benefit from economies of scale.

It also means that high levels of vehicle capacity utilisation are achieved, with current vehicle fill at more than 72%, compared with 51% in some road freight sectors.

Pall-Ex (UK) is a network of independent hauliers made up of more than 100 shareholder members.

It has a headquarters and central UK hub in the Midlands, a south-central hub in Northamptonshire, plus a northern hub in Lancashire and members include Pall-Ex London, Cranleigh Distribution Services, Shears Brothers (Transport) and Intercounty Distribution.

Paul Wilson, Sales Director at Trans UK, said: “The shareholder model is perfect for us as it rewards and reflects the efforts each shareholder puts into making the network the first choice for pallet delivery.”

Meanwhile, Palletforce’s hub in Burton-upon-Trent deals with about 500 trucks per night, with vehicles coming in from across the country.

Every pallet is weighed, scanned and imaged to provide full visibility at all times and more than 16,000 pallets a night – approximately four million per year – are sent out for delivery.

Nigel Bradbury, Head of Logistics at Virginia Hayward Logistics, which covers selected SP postcodes for the network around Salisbury and Amesbury, said: “Palletforce not only gave us confidence in their ability, but their advanced technology allowed us to integrate fully and align our systems easily.

“By joining Palletforce, we are now able to complement our existing offerings with additional services at a very competitive rate, allowing us the opportunity to continue our rapid growth as a logistics provider.”

Launched in 1992, Palletline has a 100% member owned model which includes includes 96 haulier depots.

Member firm, IC Express, operates out of three sites in Bristol, has a fleet of 30 vehicles and a staff headcount of 45.

Ian Crook, Managing Director at IC Express said the company was keen to take advantage of the network’s nationwide operations in order to extend its service offering.

He said: “Within four weeks of joining Palletline’s network we realised not only do they share the same customer-centric ethos but go above and beyond the call of duty to ensure that we are able to deliver optimal service, not only to us but to our own customer base as well.”

Founded in 1994, Palletways UK has more than 115 member depots across the UK and Ireland, and currently delivers more than 25,000 pallets each day. 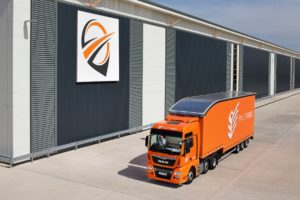 Harleston-based Bomfords Group, which employs 125 people and operates a fleet of more than 80 delivery vehicles, covers selected NR postcodes in Norwich and transports more than 400 pallets per day.

David Waterman, Business Development Director at Bomford Group, said: “We deliver a high volume of pallets in a concentrated area, bringing efficiencies to our business which ultimately will benefit our customers.”

The Pallet Network (TPN) has delivered 50 million pallets since its creation in 2000 and manages in excess of 100,000 pallets a week.

It supports its 130 partner depots and, like the other networks, encourages its members to invest in the most modern equipment.

For example, West Bromwich-based Transervice Express Transport recently spent more than £250,000 on extra vehicles to assist with its TPN trunking and delivery operations.

Paul Johnson, Managing Director of Transervice, said: “This investment in new vehicles underpins our commitment to grow our TPN offering and further enhance our customer service.”

The Fortec network is a subsidiary of Pall-Ex, and its shareholder membership ensures that all shareholders work to uphold the strict quality standards of the network.

Working collaboratively with other Fortec hauliers, UCLS provides coverage of the postcode areas around Telford and Wolverhampton.

Eamon Johal, Account Manager at UCLS said: “Joining Fortec gave us the opportunity to complete our service offering and become a one stop shop for our customers, regardless of their logistical requirements.”

Like the other palletised freight distribution networks UPN, established in 2001, provides bespoke IT support systems and infrastructure for members.

It currently has a membership of more than 90 covering the whole of the UK.

Formed in the 1980s by managing director Paul Kamel, Skelmersdale-based Kammac operates from six UK locations and handles postcodes close to Preston and Blackpool for the network. 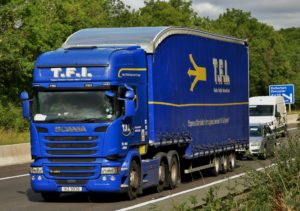 Ged Carabini, Commercial Director, Kammac, said: “We were impressed by UPN, its IT support, its commitment to service excellence, and its highly approachable management team.”

Based at a 267,000 sq. ft. central hub in Wolverhampton where it now transacts an average of 12,000 pallets per night Pallet-Track has an 83-strong shareholder membership.

Walsall-based Trailer Freight International (TFI) joined the network in September 2021 and is now looking at moving from its 6,500 sq. ft site to a 35,000 sq. ft premises.

Handling deliveries for local postcodes has also seen it grow its fleet from three rigids to six, plus another 7.5 tonne vehicle.

Allan Collins, Depot Manager at TFI, said: “We joined Pallet-Track as part of our plan to accelerate our domestic growth and it has paid off. We’ve outgrown our new premises already and that is largely to do with Pallet-Track.”

Membership of a pallet network can provide haulage firms with opportunities to achieve efficiency gains, provide a better service and grow road freight volumes as well as reduce their carbon footprint.