Condition is king: The latest from the UK’s van auction houses 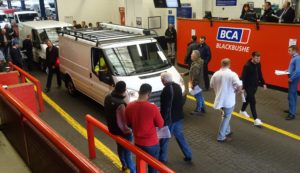 At the moment there continues to be good demand for used vans, in part due to long lead times for new vehicles, however, average values have steadily reduced since January with record fuel prices, the cost-of-living crisis and rising inflation all playing a part.

According to British Car Auctions (BCA), average LCV values at its auctions in May this year fell below £10,000 for the first time since December, as ongoing external economic pressures continued to be felt.

The Bedford-based company said vans suitable to be put to work in the thriving home delivery sector along with more specialist vehicles for the civil engineering, building and construction trades still remain highly desirable, but condition and presentation have become increasingly important for professional buyers.

Stuart Pearson, Chief Operating Officer at BCA UK, said: “Over the past few weeks, the LCV market has seen reasonable competition for the best stock that can be put straight to work, but far less interest in poorer condition, lower grade vehicles.

“This is not unusual considering the current economic climate, however it is placing significant pressure on the prices of some vehicles that only a few months ago were flying out the door.

“Condition is now definitely ‘king’ as professional buyers are totally focussed on the vehicles that can be turned quickly.”

In addition, BCA said the LCV sector is experiencing a shortage of parts largely caused by the Ukraine conflict and the impact of the pandemic.

This makes professional buyers even more reluctant to purchase vehicles requiring mechanical work due to the extended period it is likely to take to process them for retail sale.

“We’re working closely with a number of customers to use our scale and production capability to support in this area,” Pearson added.

“Despite the current pressures, the used sector remains the key source of stock for LCVs.” 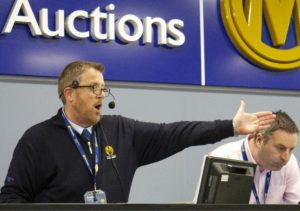 Commercial vehicle auction house Manheim posted a series of record breaking months for prices in 2021 and last September saw its average selling price rise to a new all-time high of £10,930.

However, since the start of the year, it has witnessed an increasing amount of older and higher mileage vans enter the marketplace, and it saw only a modest increase in average selling price month-on-month in May.

Stuart Peak, National LCV manager at Manheim UK, said guide values at its auctions have also decreased for the third month running by 3.7% on average.

“Vehicles are also entering the market with more damage as fleets run vehicles longer than they usually would due to the problems in new van production.

“Most vans will enter the used market with some damage as expected, but the damage levels increased in May by an average of £372 per vehicle compared to the same period last year, highlighting the extra use these vehicles are receiving.”

According to Shoreham Vehicle Auctions (SVA), more buyers are returning in person to the auction halls in order to physically inspect higher mileage and damaged vehicles entering the used marketplace – something they cannot do in an online sale.

Due to the uncertain economy and continuing long lead times for new LCVs, many SMEs and rental companies are deciding to opt for a replacement used van at SVA.

Alex Wright, Managing Director at SVA, said buyer numbers are “certainly back to where they were pre-pandemic.”

He added: “Typically, we are seeing more higher mileage vans coming into the market and buyers are having to inspect them at close quarters before making a bid, especially as prices are still high.

“Based on our 2022 LCV sales the market has definitely cooled down from 2021 and prices may have reached a ceiling.

“However, the global shortage of new vehicles is helping keep demand strong which gives the market stability against the backdrop of an ever-changing economy.”

The continued scarcity of new LCV stock is helping fuel increased demand within the used van sector according to auction house Aston Barclay.

Its latest monthly Desirability Index found that buyer interest is strong for larger used commercials, with the Volkswagen Crafter proving to be the most desirable used LCV in May due to its payload and load cube. 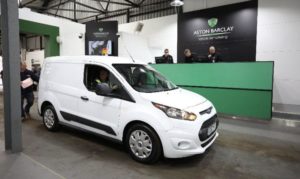 The company believes this due to the continued growth of the parcel delivery sector and by operators turning to used vans as they lose patience with the continued lack of new van supply.

Aston Barclay’s monthly index takes into consideration three key metrics: web views prior to sale, number of physical and online bids per sale, and the sale price achieved as a percentage of CAP average.

Geoff Flood, National LCV Sales Manager at Aston Barclay’s, said: “The market has moved from its preference for smaller fuel-efficient used vans to larger panel vans based on what operators like courier companies can get their hands on.

“When they can’t access new vans they have no option but to look to the used market.

“They are joining many other trades who are replacing or renewing their vehicles as well as rental suppliers who are still in the market to bolster their fleets.”

It is worth noting that used electric LCVs are not likely to hit the auction houses in quantity for another couple of years at least as large scale supply of these vehicles has only recently begun to take place.

Also, a majority of the orders are being placed by major fleet operators who could well keep them for another five or six years.