Clean break: How the Government is investing in zero emission truck trials

An open-call competition will be launched shortly for manufacturers, energy providers and fleet and infrastructure operators to put forward their battery electric and hydrogen fuel cell HGV projects for trials.

The three-year programme will begin later in 2022, with demonstrations helping to gather evidence on future refuelling and recharging infrastructure needed to drive the smooth transition to a zero-emission freight sector by 2050.

They will also help to find which zero-emission technologies are best suited to the heaviest road vehicles in the UK. 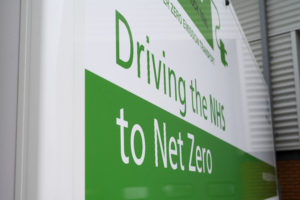 Harrison said: “Our road freight industry is one of the most efficient in the world and contributes over £13 billion to the UK economy each year. But we must accelerate our journey towards our net zero goals, and we’re committed to leading the way globally on non-zero emission road vehicles.”

Truck manufacturers have shown they are committed to decarbonisation, however, success will depend not just on manufacturer investment and innovation but government having a strategy that encourages operators to switch, and infrastructure providers to invest.

Mike Hawes, SMMT Chief Executive, said the announcement of a government truck trial for long-haul freight transport is a great opportunity to ensure Britain develops that strategy, putting the right chargers and refuelling facilities in the right places.

“Manufacturers are bringing an ever-increasing choice of zero emission heavy goods vehicles to market but the variety of jobs HGVs perform for society such as goods delivery, emergency services and refuse collection, all have differing energy needs and hence differing potential technological solutions,” he said.

“A flexible approach to future technology is therefore essential but it should have, at its heart, a collaborative approach between industry, government and other stakeholders.”

The government has articulated plans that all new HGVs sold in the UK will be zero emission from 2040, while the Department for Transport is in consultation with the HGV industry over vehicles weighing 26 tonnes and under that may need longer to transition to zero-emission technologies than the 2035 phase-out date. 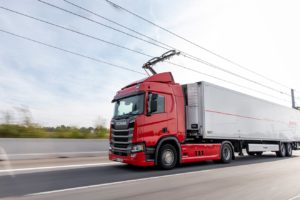 The call for evidence opened earlier this month and will last until 22 July.

Michelle Gardner, Acting Deputy Director of Public Policy at Logistics UK, said: “Logistics businesses are committed to decarbonising their operations, but to ensure a smooth transition they need clarity on the path to zero tailpipe emission HGVs.

“The trials announced this month will play a crucial role in identifying the right technological solutions to help enable this.

“Given the breadth of the vehicles used across the logistics sector and scale of innovation required to reach net-zero, Logistics UK is also pleased that government has launched a consultation to identify potential exemptions to the 2035 phase-out date.”

Projects include three feasibility studies investigating Electric Road Systems (ERS), one led by Costain, another by City Science Corporation and a third by Honda R&D Europe (UK). Each study is considering a different type or location for ERS.

One is led by Arcola Energy, focussed in Scotland, while a nationwide study is being led by Element Energy, with a third is carried out in the Midlands by EDF Energy R&D UK Centre.

Also included in the package, Leyland Trucks is rolling out 20 DAF battery electric HGVs for use by public sector organisations, via the new £10m Battery Electric Truck Trial (BETT) funded by the DfT. 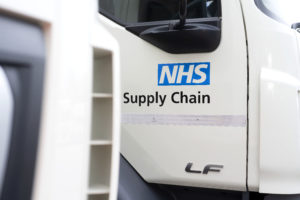 NHS Supply Chain will operate eight of the LF Electric rigids with Paccar box bodies and Gray & Adams refrigerated bodies at several locations in the UK.

Another five of the vehicles will be used by Local NHS Trusts, while the remaining seven will go to local authority organisations running school supply operations and local council services for general transport and recycling.

Harrison said: “Demonstrating the high performance of battery electric technology in demanding, real world environments is critical to ensuring confidence continues to build within the industry around the future of zero emission trucks.

“This demonstration will help us understand the full benefits of this new technology.”

Leyland Trucks in Lancashire, where the LF Electric is manufactured, has worked with Cenex, the low carbon research and consultancy organisation, to create the interactive BETT report and website.

Vehicles are being maintained and supported at seven DAF dealerships, each with two dedicated technicians benefitting from IMI Level 3 maintenance qualifications and specific LF Electric training.

The trial partners will use 14 Paccar battery-charging units stationed at 13 operator locations, with capacities ranging from 22kW to 180kW to suit differing operational needs and to provide a broad range of data.

Rob Lawton, Principal Engineer of Alternative Powertrains at Leyland Trucks, said: “This is a significant step in the project as we roll-out vehicles for real-time operations, we’re working closely with our project partners in order to collect the most accurate data possible.

“Electrification is becoming a major consideration for operators, and it’s crucial they’re able to scrutinise reliable evidence before investing in this relatively new technology.”

Road transport continues to play a vital role in the UK economy but faces a variety of decarbonisation challenges around charging infrastructure, vehicle range and the type of technology that should be used.