Call for vital investment in bus and coach industry 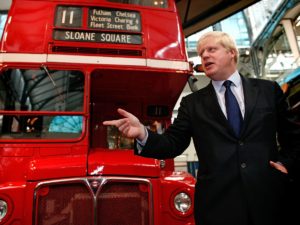 The government must bring forward its commitment to investing in the bus and coach industry, according to former Transport minister and Conservative MP for Scarborough and Whitby, Robert Goodwill.

Writing in The Times, the APPG for the bus and coach industry stated that the £3 billion pledged in February to improve passenger services would be crucial to sustain the industry and create the maximum number of UK jobs. He wrote that further jobs are on the line and without the certainty provided by government support and investment, serious damage may be done to the bus industry.

Robert Goodwill said, “More than eight months on and we are yet to hear any further details from the Prime Minister or the Secretary of State for Transport about how, when or where that money will be spent. During this period, hundreds of jobs have been lost in the UK bus manufacturing industry.”

Goodwill highlighted the impact of Covid-19 on the industry. Social distancing guidelines have reduced passenger capacity and advice to avoid unnecessary travel has resulted in reduced demand for public transport. Order numbers for new buses have dropped by 30% and part of the government’s promise was for the purchase of more than “4,000 brand new buses – zero-carbon, British-built buses”.

“We cannot risk neglecting our bus network and related industries through this pandemic and expect it to be fully intact on the other side,” Goodwill continued. “Delivery of the government’s promise of 4,000 zero-emission buses would be warmly welcomed by the public. According to the recent Citizens Assembly UK report on climate change, 91% of assembly members strongly agreed or agreed with a policy of ‘government investment in low carbon buses’ – making this one of the most popular steps the government can take towards our net carbon emission goals.”

Goodwill is part of a recently established all-parliamentary group for the UK bus and coach industry to champion these issues in parliament.